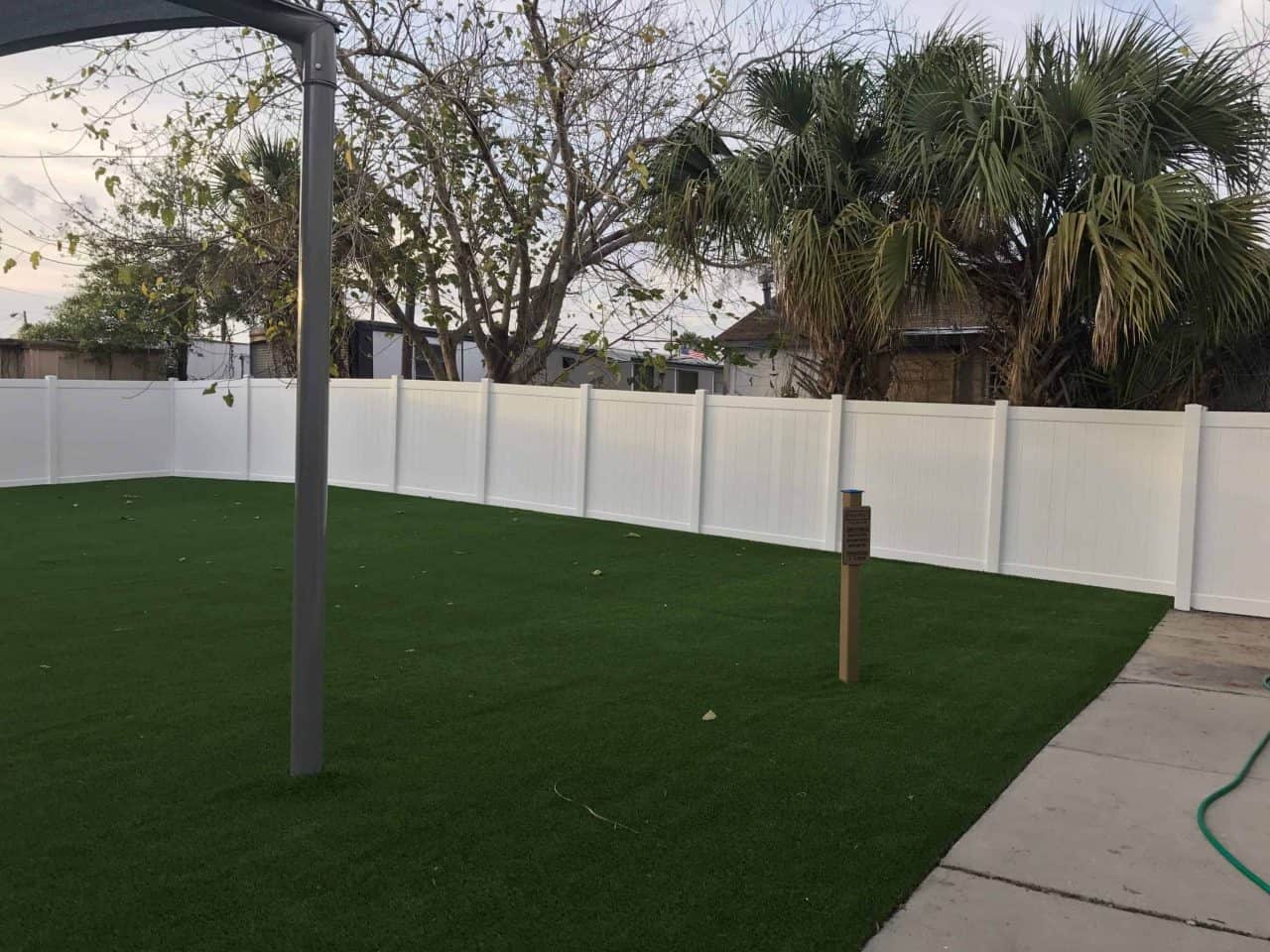 What’s the difference between Mono-Extrusion & Co-Extrusion?

Vinyl fence is manufactured through the process of extrusion. Extruding is when material is pulled through a die set in a particular shape. A simple illustration to help you understand extruding comes from childhood. Do you remember putting play-dough in the little machine with your favorite shape. What happened when you would push the button? The play-dough comes out in a long line in the shape of a star, or square, or whatever shape you put in the machine. In essence, that’s a simple illustration of what extruding is. 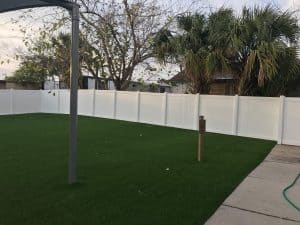 The vinyl resin is put into a hopper and drawn through a shaped die, a 5” x 5” square, for example (which is a standard privacy post die). It is then cooled, usually through water, and then cut to length. When vinyl fences first started to be extruded, they were all mono extruded, or, extruded in one piece. The mix of vinyl resin also included chemicals to make the fence withstand the harsh rays of ultraviolet light from the sun, make the fence rigid but not brittle, and to help the fence keep its shape, among other things. These chemicals are called impact modifiers and ultraviolet inhibitors. There were also additional chemicals added to the resin that gave the vinyl its color, called pigmentation. Adding these chemicals to the vinyl was very expensive but it was necessary for the vinyl fence to perform properly.

Then one day a very enterprising person decided that maybe rather than having to include all these expensive chemicals throughout the whole extrusion, it would be possible to focus those chemicals just on the outer layer of the extrusion that was exposed to view and to the sun. If they figure that out, they could save a lot of money by eliminating all those extra but unnecessary chemicals. But how can you concentrate those chemicals solely on the outer layer of an extrusion? You could extrude the material in two different parts. You could extrude the outer layer, with all the expensive chemicals, separately from the inner layer, which was comprised of vinyl resin without the expensive chemicals. These two parts of a mono extruded profile became known as cap stock (for the outer layer) and substrate (for the inner layer). Fifteen years ago, co-extruding vinyl fence was considered innovative. Today, virtually every company co-extrudes their vinyl fence because it is the most efficient way to produce vinyl fence and to give the greatest amount of value to the fence consumer.

Don’t forget to read our next blog article on the evolution of virgin vinyl fence.

Superior Fence & Rail is a full service fence company headquartered near Orlando, Florida. With nine physical fence locations around the state, we are one of the largest fence companies in the southeast United States and we specialize in vinyl and aluminum fencing.

previous
Driveway gates explained
next
Vinyl Fence Outlet Fort Myers
We proudly serve many cities and counties throughout the Country. Click to see all our locations.